The English-speaking side of the Touhou Project fandom has been more quiet than its neighbors. However, it is by no means dormant. Through this article, we would like to show our readers a glimpse of what english speaking fans have been up to.

The first full western LuaSTG fangame is going to receive another big update once again! 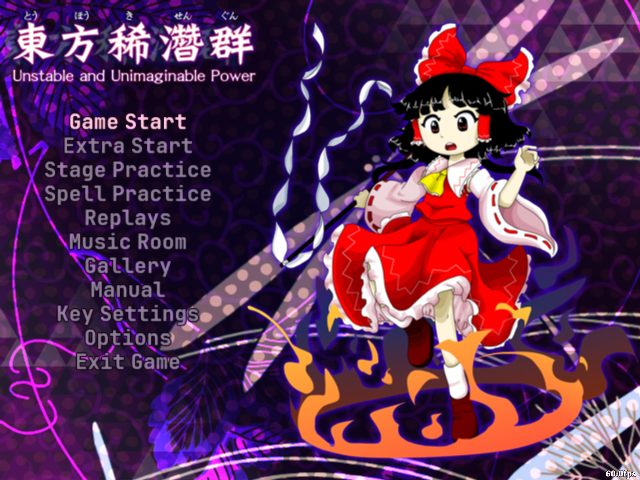 The game was released as an entry to the Hakurei Cleaning Game Jam, on September 30th, 2018, made with LuaSTGErPlus 1.02. A new update was released on September 2nd, 2019, remaking a major part of the game and adding a gallery consisting of the endings, music room, and concept art.  A final update is planned to be released soon, porting most of the games content to LuaSTGExPlus 0.82b and adding the following new features:

There is only one playable character for the main game:Reimu Hakurei, with the upcoming update giving her two shot-types: Homing Amulets and Persuasion Needles.

“Gensokyo has been experiencing a major and unnatural power surge. It’s been causing youkai and fairies to behave erratically, and engage in reckless behavior. With Marisa Kirisame’s broom having been ruined by the power surge, it’s up to Reimu alone to solve this incident. Meanwhile Marisa, unsatisfied with being unable to solve the incident, went off on her own. While she wasn’t able to find the culprit, what she did find turned out to be very interesting…” 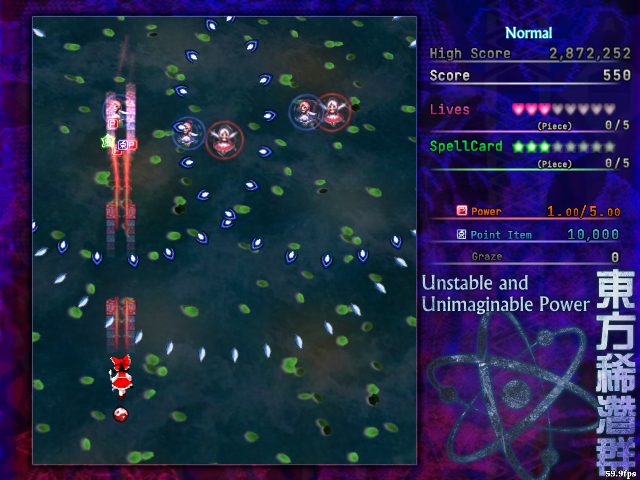 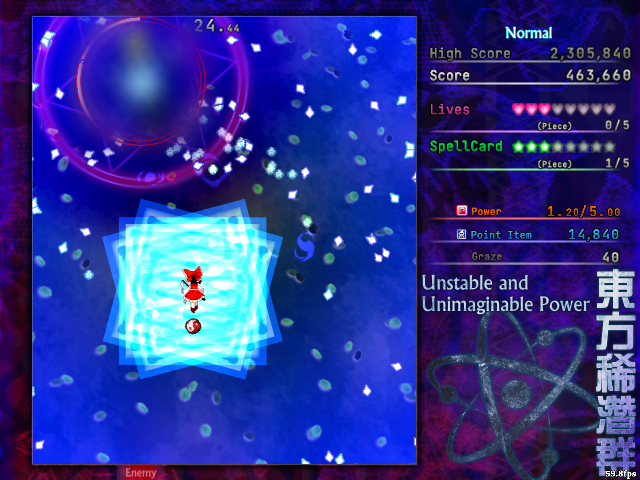 A new game mechanic introduced in version 1.60a, the Stability Field (see picture above), is an ability you can use by consuming 1 power level to create a field which clears bullets and damage entities. Don’t worry, the game has 4 different power levels, with a 5th  extra space to store shot power while still being able to unleash your Hakurei power (and you won’t lose it when you die!), similar to Touhou games like Mountain of Faith or Subterranean Animism.

About 9 months ago, CnD decided to do a server-wide Touhou-style album collaboration. As always, we wanted the album to have a story. However, we also didn’t want to do a standard “fake fangame” structure, but we still wanted to be able to do character themes, so we ended up with a weird hybrid design. Somewhere down the line, we noticed that the story was musical theatre themed, so we figured “you know how Touhou-style ‘Fake fangame’ albums are an established genre? Well, what if we made a ‘fake musical’ album?”

Enter EPA. A music album where the musicians were the ones who got worked the least. A story told through a visual novel format synced to the music, featuring far too much art for its own good. 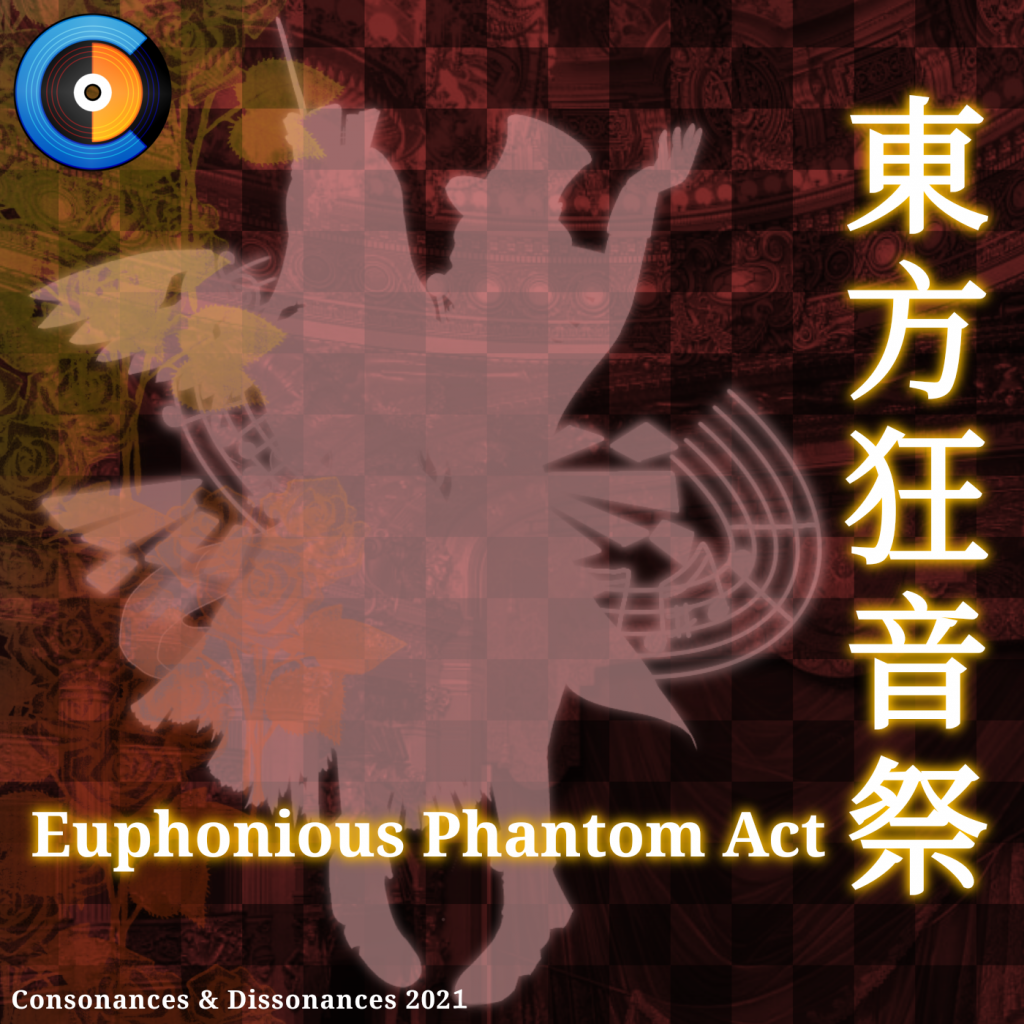 Act 1 was uploaded on August 1st on Youtube. Act 2 and Act 3 were released on September the 4th and 5th.

Follow the Prismriver sisters as they investigate a strange rumor about a dancing plague and the band behind the incident.

Hello, we are the mods of Touhou Ship Week! This marks the second year we’ve hosted this online event. 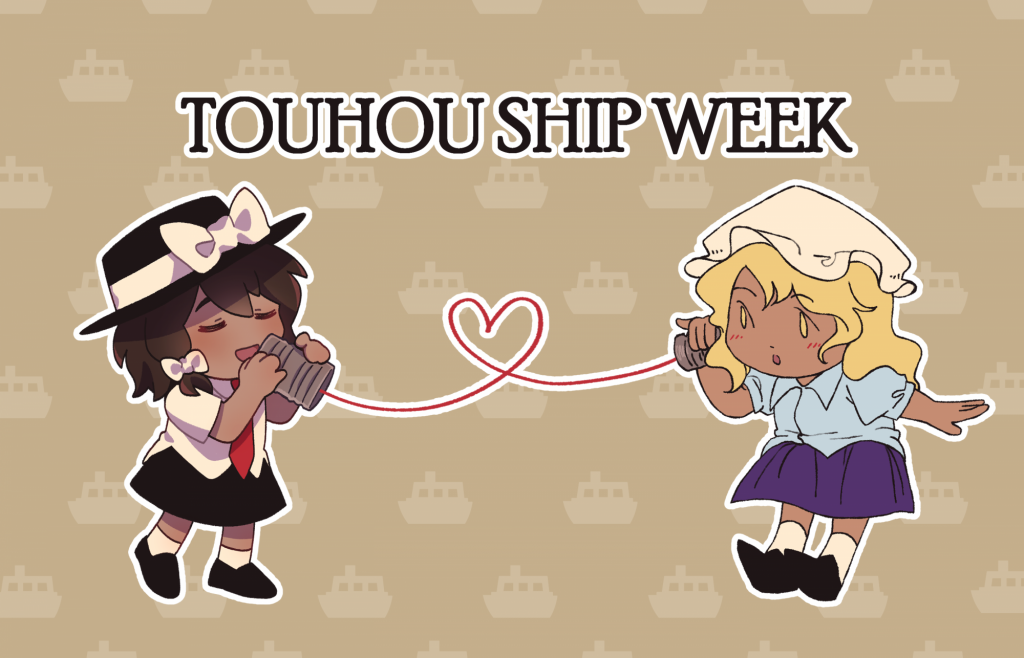 In other fandoms, it’s often common to plan online events to celebrate things such as a specific pairing, characters, and anniversaries of a franchise. Other than an annual Secret Santa (held on Tumblr), the English-speaking Touhou fandom hasn’t really seen any other organized event approaching that scale.

Many fans gravitate towards Touhou Project because of its all-female cast, and the fandom naturally became a hub for content with wlw (f/f) themes. We thought it would be amazing to see fans come together to showcase their favorite Touhou pairings—not only as a celebration of the many ships inspired by the entirety of the franchise itself, but also as a celebration of one of the ways that fans find comfort in the series.

Although event preparation can take quite a few months, the event itself is active for one week. It ran from August 16th to the 22nd this year. We provide participants with a list of prompts well in advance, inspiring them to create and then post their content when the time comes. This year, we also asked fans what kind of prompts they would like to see, which helped make the overall planning a much more collaborative fandom process.

You can find people’s contributions on Twitter and Tumblr (@thshipweek). Some participants only post their content on a single site, so be sure to check out both platforms to see all that the fandom has to offer! Thank you for reading, and we hope you enjoy Touhou Ship Week! 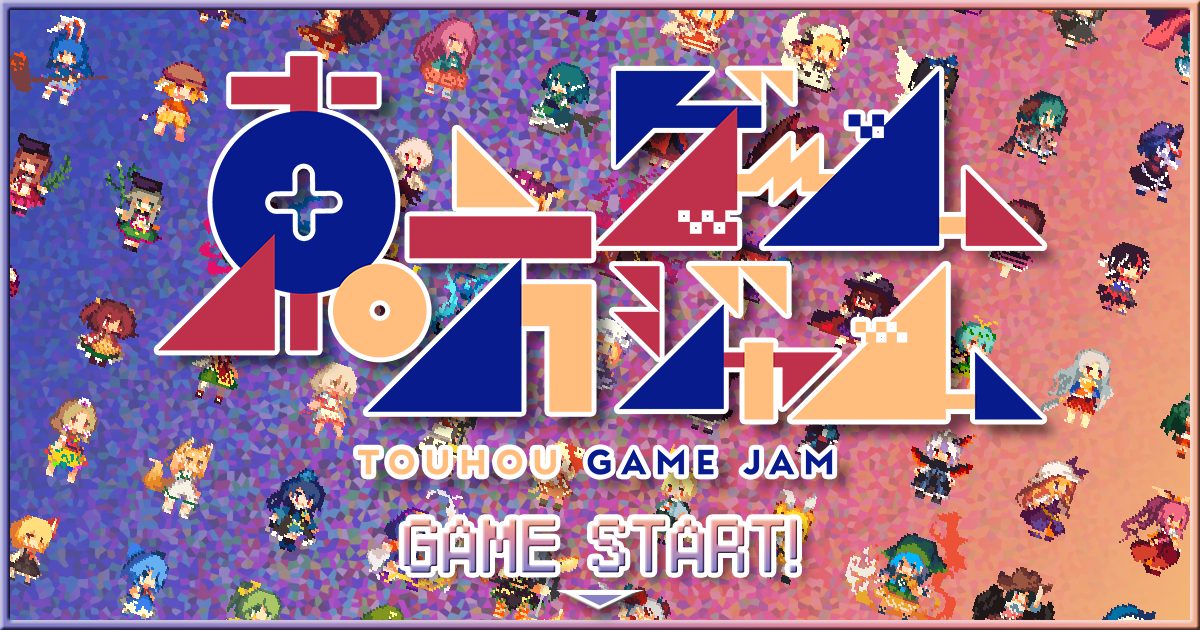